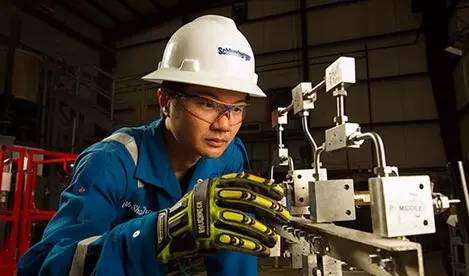 The newly reprocessed seismic data and any new acquisition projects will provide subsurface images of proven oil and gas reservoirs in the Sabina-Burgos, Tampico-Misantla, Veracruz and Sureste areas, as well as the under-explored Chihuahua province, and other strategic areas. The reimaging program covers both conventional and unconventional onshore lease blocks in the areas.

“The areas for reimaging were strategically selected to deliver regional analysis of the prospective plays across onshore Mexico with both organizations using high-end processing workflows,” said Maurice Nessim, president, WesternGeco, Schlumberger. “This alliance capitalizes on each organization’s strong commitment to Mexico exploration over some of the largest onshore Mexico fields, including the onshore Cuenca del Sureste Basin, which shares many hydrocarbon system elements with the prolific Pilar Reforma-Akal in the shallow water Campeche area.”

“In 2015, Seitel was one of the first companies to expand its data library coverage into Mexico, and we have seen great enthusiasm from our customers for the onshore data already available for license,” said Seitel Chief Executive Officer, Robert D. Monson. “We are excited to form this alliance with Schlumberger as we continue to expand our library and continue to provide additional value to our customers.”

Leveraging both companies’ extensive experience in onshore imaging and multiclient projects, the program offers clients the first modern regional seismic images in these areas. Final products over the prolific fields of the Tampico-Misantla Basin are available for license now.

Schlumberger is the world's leading provider of technology for reservoir characterization, drilling, production, and processing to the oil and gas industry. Working in more than 85 countries and employing approximately 100,000 people who represent over 140 nationalities, Schlumberger supplies the industry's most comprehensive range of products and services, from exploration through production, and integrated pore-to-pipeline solutions that optimize hydrocarbon recovery to deliver reservoir performance.

Schlumberger Limited has principal offices in Paris, Houston, London and The Hague, and reported revenues of $27.81 billion in 2016. For more information, visit www.slb.com.

Seitel is a leading provider of onshore seismic data to the oil and gas industry in North America. Seitel’s data products and services are critical in the exploration for and development of oil and gas reserves by exploration and production companies.

Seitel has ownership in an extensive library of proprietary onshore and offshore seismic data that it has accumulated since 1982 and that it licenses to a wide range of exploration and production companies. Seitel believes that its library of 3D onshore seismic data is one of the largest available for licensing in North America and includes leading positions in oil, liquids-rich and natural gas unconventional plays as well as conventional areas. Seitel has ownership in over 45,000 square miles of 3D onshore data, over 10,000 square miles of 3D offshore data and approximately 1.1 million linear miles of 2D seismic data concentrated in the major active North American oil and gas producing regions. Seitel has also expanded into Mexico through reprocessing existing 2D seismic data for licensing to oil and gas companies. Seitel serves a market which includes over 1,500 companies in the oil and gas industry. For more information, visit www.seitel.com.